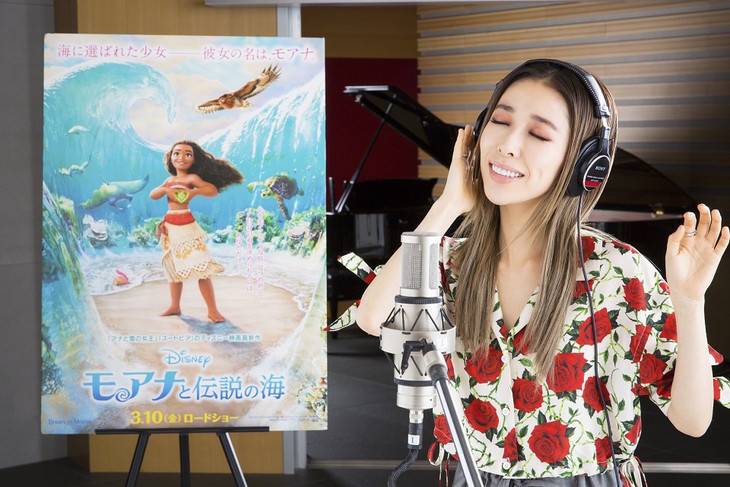 Kato Miliyah will be singing the ending song for the Japanese-dubbed version of Disney's latest animated film "Moana."

"Moana" was nominated for Best Animated Feature Film in the '74th Golden Globe Awards.' It is scheduled to open in theaters in Japan on March 10 (Japanese title: Moana to Densetsu no Umi).

As the Japanese version ending song, Kato will sing "Dokomademo ~How Far I'll Go~." The singer expressed, "I've been doing music for about 12 years, but I've never felt this way until now. It's something that I really wanted to do, so I was very happy. It was like a dream come true." She shared, "I recorded the song while thinking I was Moana. She has strong feelings about broadening her world. I want my song to deliver Moana's intentions and strong feelings."

"Dokomademo ~How Far I'll Go~" will be released as Kato's new single on March 1. Besides this song, the single will include "I AM", which is a collaboration song with hair care product Kao Essential. Furthermore, the limited edition DVD will contain the PV for the title track.