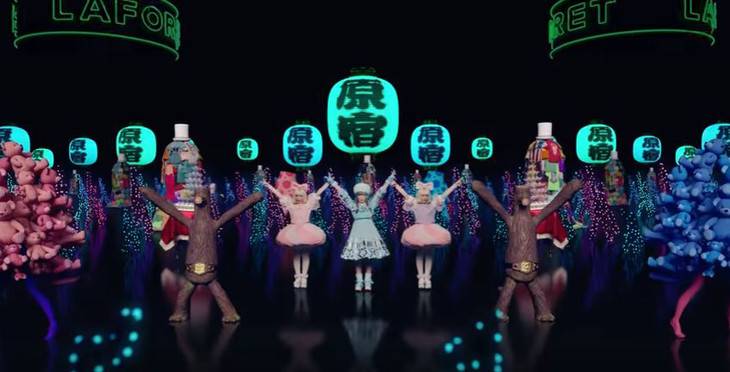 Kyary Pamyu Pamyu has unveiled the PV for her new song "Harajuku Iyahoi".

"Harajuku Iyahoi" will be released together with Nakata Yasutaka's "Crazy Crazy?feat. Charli XCX & Kyary Pamyu Pamyu" as a double A-side split single on January 18. As with "Sai&Kou", the PV was directed by Tanaka Hideyuki. In the PV, Kyary wears a costume with a Russian touch and does the "iyahoi dance" with two dancers.