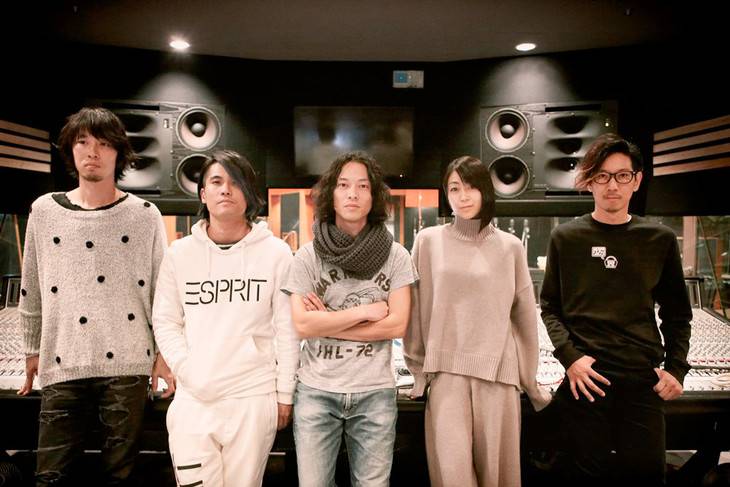 THE BACK HORN and Utada Hikaru have co-produced a song called "Anata ga Matteru". It will be released as the band's new single on February 22.

The two sides have been acquainted for some time. Yamada Masashi (Vo) was featured in Utada Hikaru's song "One Night Magic feat. Yamada Masashi", and the singer has attended THE BACK HORN's live performances in the past. While coming up with the melody for the song, Suganami Eijun (G) "heard Masashi singing together with Utada Hikaru." As such, the band approached Utada with a demo, and she willingly agreed to participate. Further, Utada expressed her wishes of "coming up with the lyrics and arrangement together," and ended up lending her hand with not just the lyrics and arrangement, but also with piano and background vocals. As you might imagine, many opinions went around during the 4-day recording period.

On the song's release, Suginami commented, "To say it frankly, I am happy to be alive. By continuing to make music and live life without giving up, a moment like this comes along. The short but rich days of making music with Utada Hikaru is my life treasure." Meanwhile, Utada said, "I was happy to make a promise based on the feeling of making a good song with everyone. Moreover, I hope the feelings that Eijun-san put into this song would reach many people."

Besides the title track, the single will include "Hajimari no Uta" as the coupling song. The limited edition DVD will contain the PV for "Anata ga Matteru".