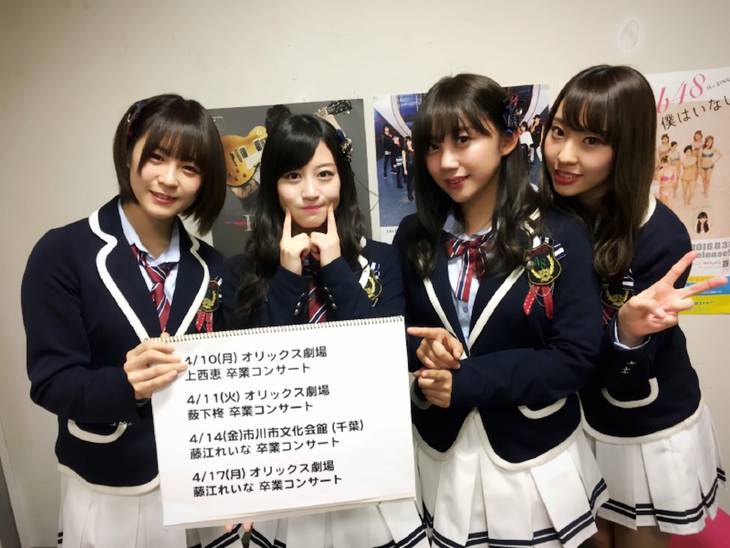 The date and venue for NMB48 members Jonishi Kei, Fujie Reina, and Yabushita Shu's graduation concerts have been announced.

This surprise announcement was made on February 7 during SHOWROOM's program 'NMB48 no Oshirase Namahousou!'. Jonishi's graduation concert will be held on April 10th followed by Yabushita's on the 11th, then finally Fujie's on the 17th. All concerts will be held at Orix Theater in Osaka. Fujie will also hold a graduation concert on April 14th at Ichikawa City Cultural Hall in her hometown of Chiba.

Mita Mao also made an appearance on the program, but reassured viewers by stating that she would not be graduating.