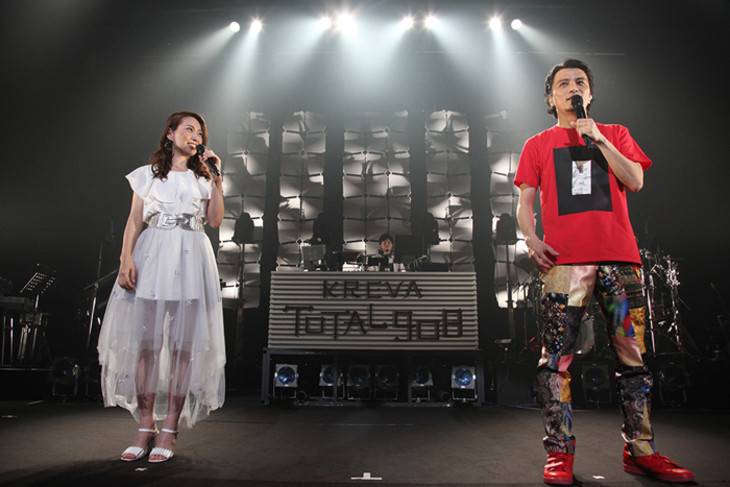 Masuda made a guest appearance at the Osaka stop of KREVA's tour "KREVA CONCERT TOUR 2017: TOTAL 908" on February 12 where the debut announcement was made. During the encore, Masuda took the stage and performed "Sanzan feat. Masuda Yuka" together. KREVA, who produced the sounds for the single, commented, "I am honored to be entrusted with all three songs. I believe that you can fully enjoy the outstanding rhythm, as well as her skills as a singer."

All three songs are written by Masuda, "I wrote them with positive feelings. For example, a love that you can't forget about or cherished memories of the past may be difficult to cope with now, but someday you be able to say that all of that was a good experience."