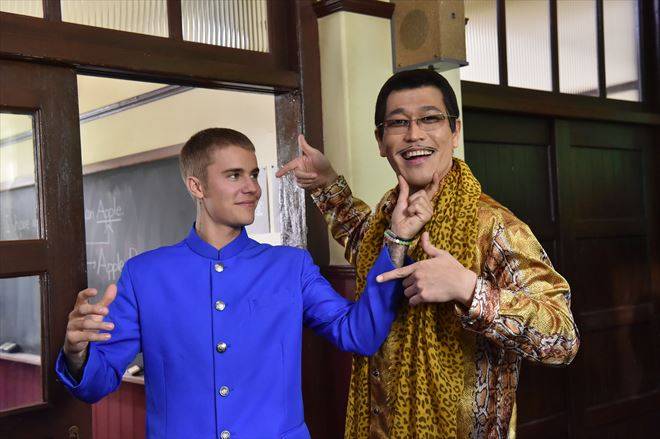 Justin Bieber revealed a two-shot that he took with Pikotaro during his recent trip to Japan.

Pikotaro made his big break after Justin Bieber shared "PPAP" on Twitter, calling it his "favorite video on the internet." Since then, Pikotaro has appeared in various CMs, and even performed during the halftime show of NHK's 'Kohaku Uta Gassen'.

In the picture, Justin is wearing a school uniform, smiling, and holding Pikotaro's chin. The two co-stars in a 'Softbank' CM which was shot in Japan sometime last month.