RADWIMPS to release new single in May 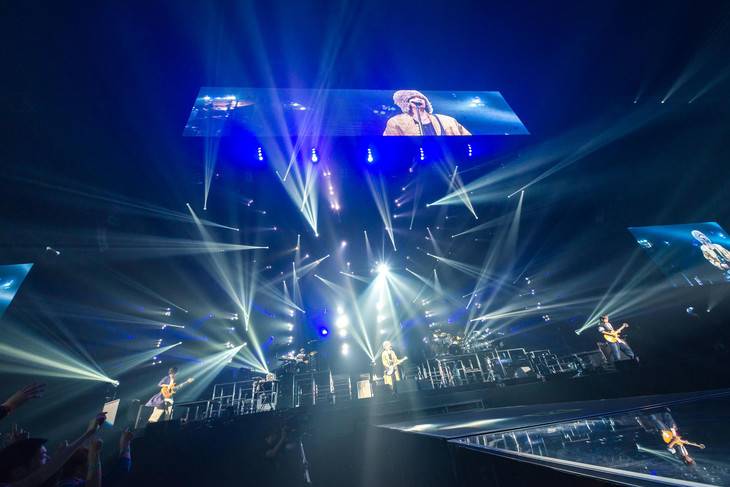 RADWIMPS have announced that they will release a new single in May.

This announcement was made on February 27 via the band's official website and Twitter. The release date and other details will be revealed later.

RADWIMPS are currently in the middle of their tour "Human Bloom Tour 2017" held to coincide with the release of their latest album "Ningen Kaika". On the first night on February 25 at Marine Messe Fukuoka, Noda Yojiro (Vo, G) commented, "This is the best! I am having so much fun. I usually get really nervous on the first night. Everyone welcomed us with a very 'at home' atmosphere, so we were able to have a great start. Thank you!" During the climax, he said, "I wanted to sing this song with everyone. This is our first time singing at our one-man live, so I hope to sing it loudly," and performed "Zenzenzense".