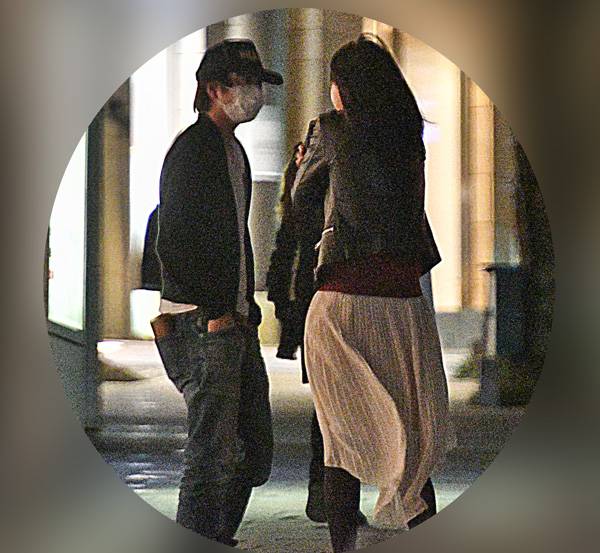 It's been reported that Arashi member Sakurai Sho (35) and announcer Ogawa Ayaka (32) are in a romantic relationship.

This was reported on the February 27th issue of 'Gekkan Post' and they have even published several photos of the couple. This is Sakurai's first romance, and his agency did not deny the reports saying "She is one of his close friends."

Sakurai is the Monday night newscaster for NTV's "NEWS ZERO" (Monday-Thursday at 11:00 pm, Friday at 11:30 pm), and Ogawa is the sub reporter for TV Asahi's "Hodo Station" (Monday-Friday at 9:54 pm). As the two programs overlap for 10 minutes in the 11:00 hour, Sakurai and Ogawa are considered "rivals", but it seems they have cultivated romantic feelings for each other in their private time.

According to reports, the two met through a mutual acquaintance and have been dating for about a year. People who know the couple have noticed recent changes in the two. People who know Sakurai said, "He originally has a refreshing personality, but in the past year, he has calmed down."

Similarly, those who know Ogawa shared, "She is known as a cool beauty, but recently she is cheerful and frolicky.  She has been saying 'I don't have a boyfriend' all this time, but there have been rumors that she has one."

Sakurai is an alumni of the prestigious Keio University, and his father is the former vice minister of internal affairs and communication. On the other hand, Ogawa's father is the consultant for Keio University Hospital. It seems they can relate to each other in not only their work as newscasters, but also in their family environment.

Some persons concerned with the couple stated, "They are able to respect each other. There is a possibility that they may get married right away."