Miyavi, Kiha & The Faces, and Slot Machine to embark on North American Tour! 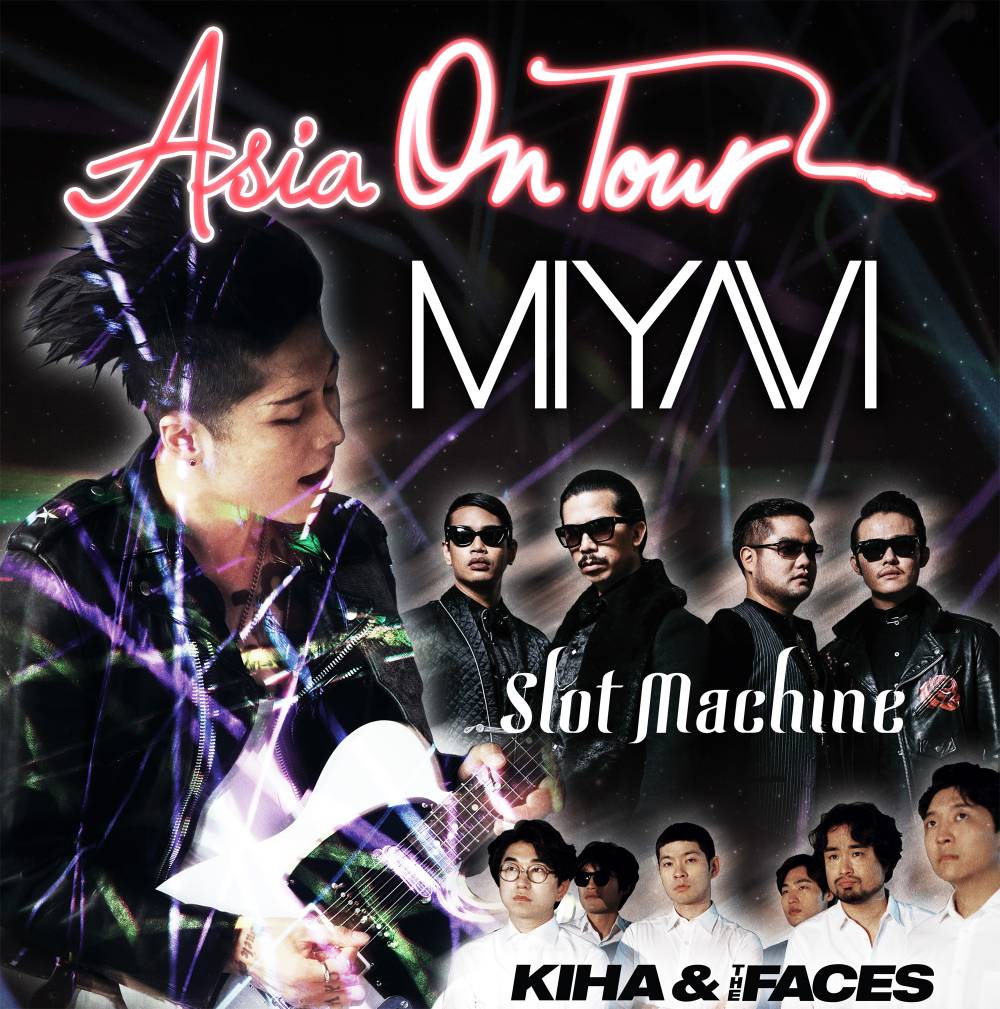 Three talented artists are coming to North America for "Asia On Tour"!

Live Nation presents the "Asia On Tour," a multi-band tour series showcasing an exciting and talented new wave of Asian musicians. The first edition will feature Miyavi from Japan, Slot Machine from Thailand, and Kiha & The Faces from Korea.

These three renowned artists, who collectively have more than 4 million likes on Facebook and over 60 million individual YouTube views, are set to hit the North American shores this spring.  Asia On Tour will kick off on April 1st and will visit 14 cities across North America including Vancouver, San Francisco, Los Angeles, New York and Toronto.  Tickets are now on sale through www.ticketmaster.com. A complete list of tour dates is below.

Fans will also have the opportunity to follow the bands off-stage as Live Nation documents their adventures on tour, including rehearsals, backstage interviews and more.  More information can be found on Livenationasn. 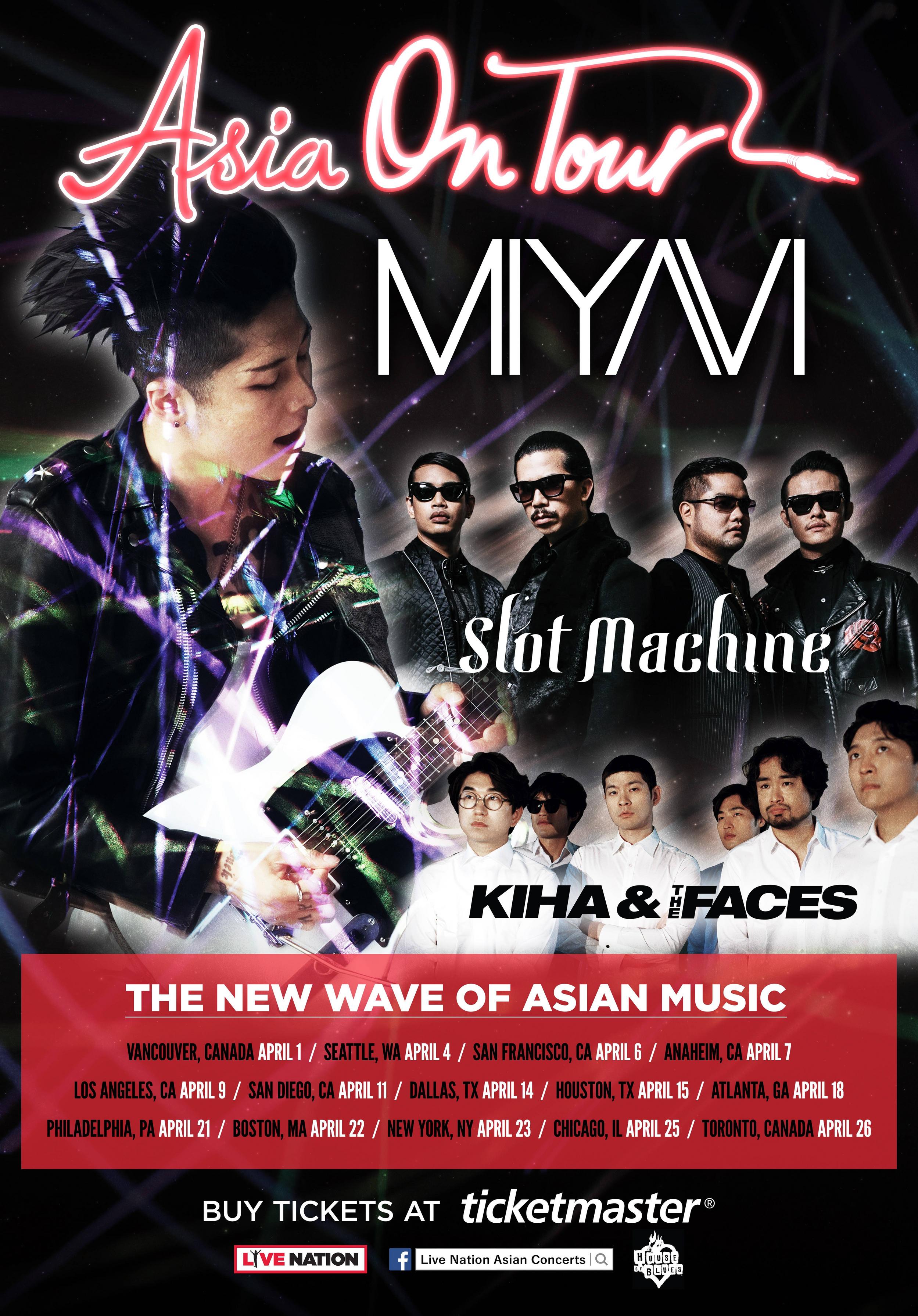