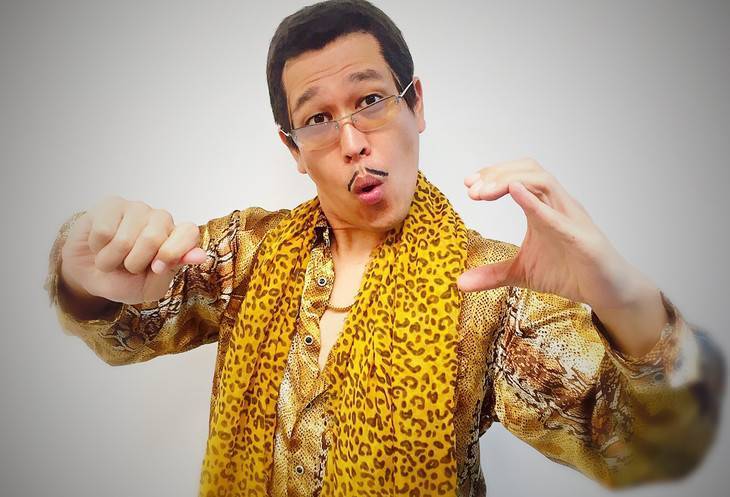 Pikotaro has revealed music videos for three of his new songs.

The first of the three is titled "I love you ~Africa no Kaze ni Nosete~" ("I love you ~Riding the African Wind~"), which is said to be a fusion of African music and a love song. The second is "Mancha Mancha Po Mancha wa Romantic" ("Mancha Mancha Po Mancha is Romantic"), which is a song about a senior at one's part-time job. Finally, "Beetle Booon But Bean in Bottle (BBBBB)" is the English version of "PPAP" answer song "Kanabun Boon Demo Ebi in Bin".

What do you think of Pikotaro's new songs?