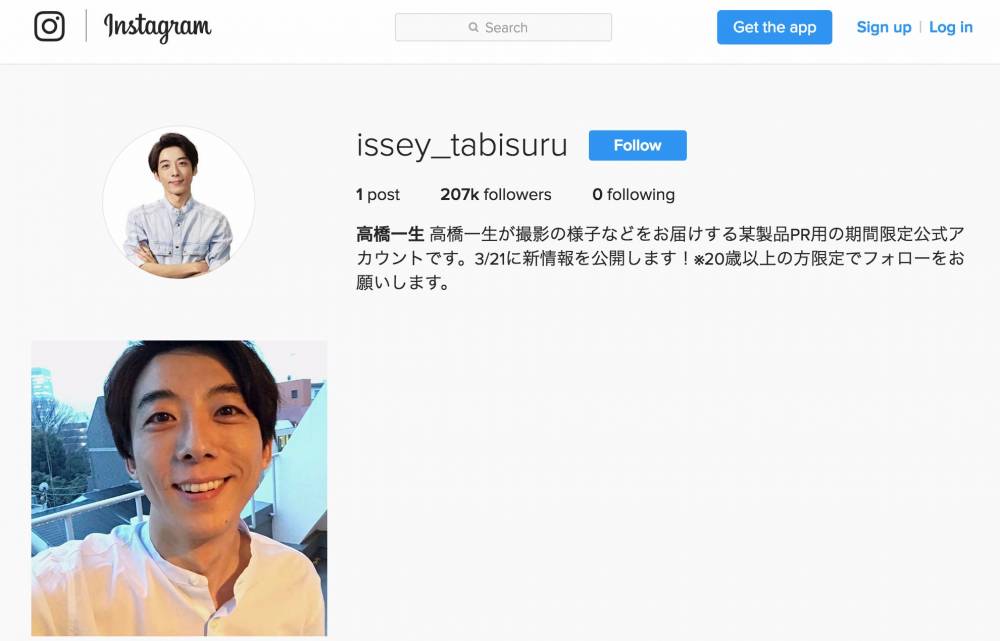 Takahashi has been making his appearances in various dramas and movies since his child actor days, but he grabbed attention for his role in the film "Shin Godzilla." He is currently starring in the ongoing TBS drama "Quartet" as a Viola player, which is also attracting many viewers.

He will be posting off-shots from filming scenes, selfies, and photos taken with his co-stars.

According to his Instagram, the account is only for a limited time as it is to promote a certain product, and it also says that followers must be 20 years of age or over.