Yamashita Tomohisa's 'Code Blue' comes back to Getsu9 with Season 3 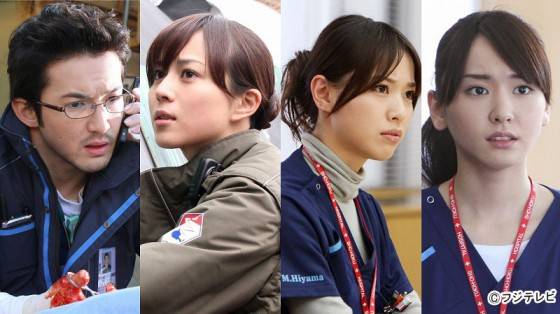 It was announced that Yamashita Tomohisa's starring Fuji TV drama "Code Blue : Doctor Heli Kinkyu Kyumei" would be coming back with a new season!

The first season of "Code Blue" was aired back in 2008 and received a high rating. It featured young doctors struggling to become flight doctors on emergency medical service helicopters. There was a special episode aired in 2009, and its second season (aired in 2010) also attracted many viewers.

The third season will feature new phase of each of their lives as full?fledged doctors.
Main cast members including Yamashita, Aragaki Yui, Toda Erika, Asari Yosuke, and Higa Manami will be gathering up for the new season once again.

"Code Blue" the third season will air on 'Getsu9' (every Monday at 9:00pm) starting in July on Fuji TV.