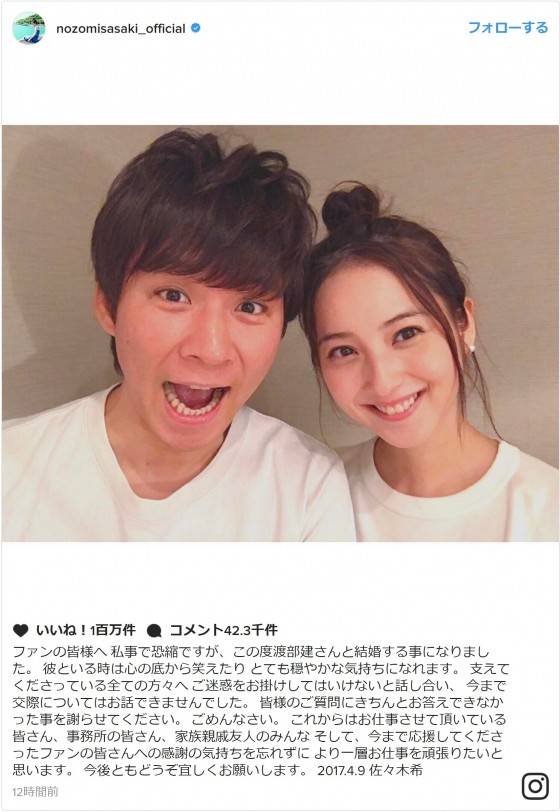 On April 9, comedian Watabe Ken announced on NTV's variety program 'Gyoretsu no Dekiru Horitsu Sodanjo' that he and actress Sasaki Nozomi are engaged. Sasaki also confirmed this by participating in the program via a telephone call.

Later that day, Sasaki uploaded a photo of herself and her fiancé onto Instagram. She reported, "I will be marrying Watabe Ken-san. When I'm with him, I am able to laugh from the bottom of my heart, and I am able to be at peace."

Sasaki and Watabe's relationship was first reported back in 2015. Fans were overjoyed to see the photo of the two and left many congratulatory messages.