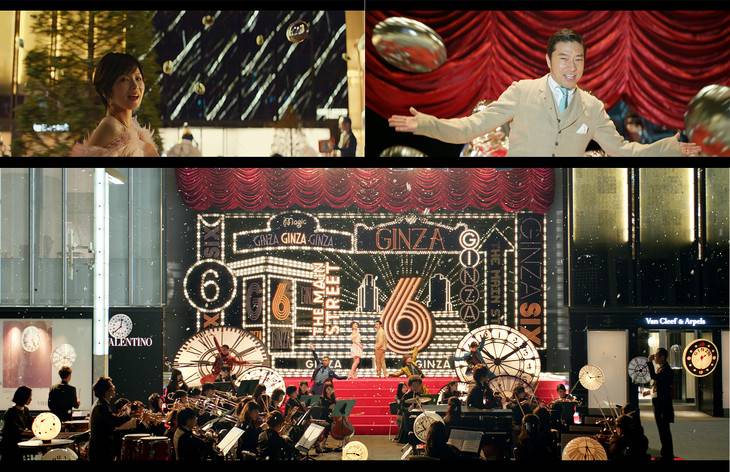 Sheena Ringo and Tortoise Matsumoto's duet number "Menuki Doori" has been picked up as the theme song for the new commercial complex 'GINZA SIX' to open on April 20.

"Menuki Doori" is a new song that Sheena wrote in response to requests for "a new theme song for Ginza." While writing this song, she approached Tortoise Matsumoto, who she had been wanting to work with for sometime. She also invited Saito Neko as the conductor and arranger as well as a band to record the song.

While this song was originally written for the commercial with the opportunity to work with Tortoise Matsumoto, Sheena decided to make it a full-length song. The staff suggested her to release the song, and as such, it will be digitally released on April 20 coinciding with the opening day of 'GINZA SIX'.

Sheena and Tortoise Matsumoto also co-star in the special movie for 'GINZA SIX'. Both 15-second and 90-second versions, which can be seen below, will be shown on TV.

Finally, the two will perform "Menuki Doori" live on TV for the first time on next week's 'MUSIC STATION' (April 28).