SHIN and THE SIXTH LIE to take on Europe with Special Two-Man Tour! 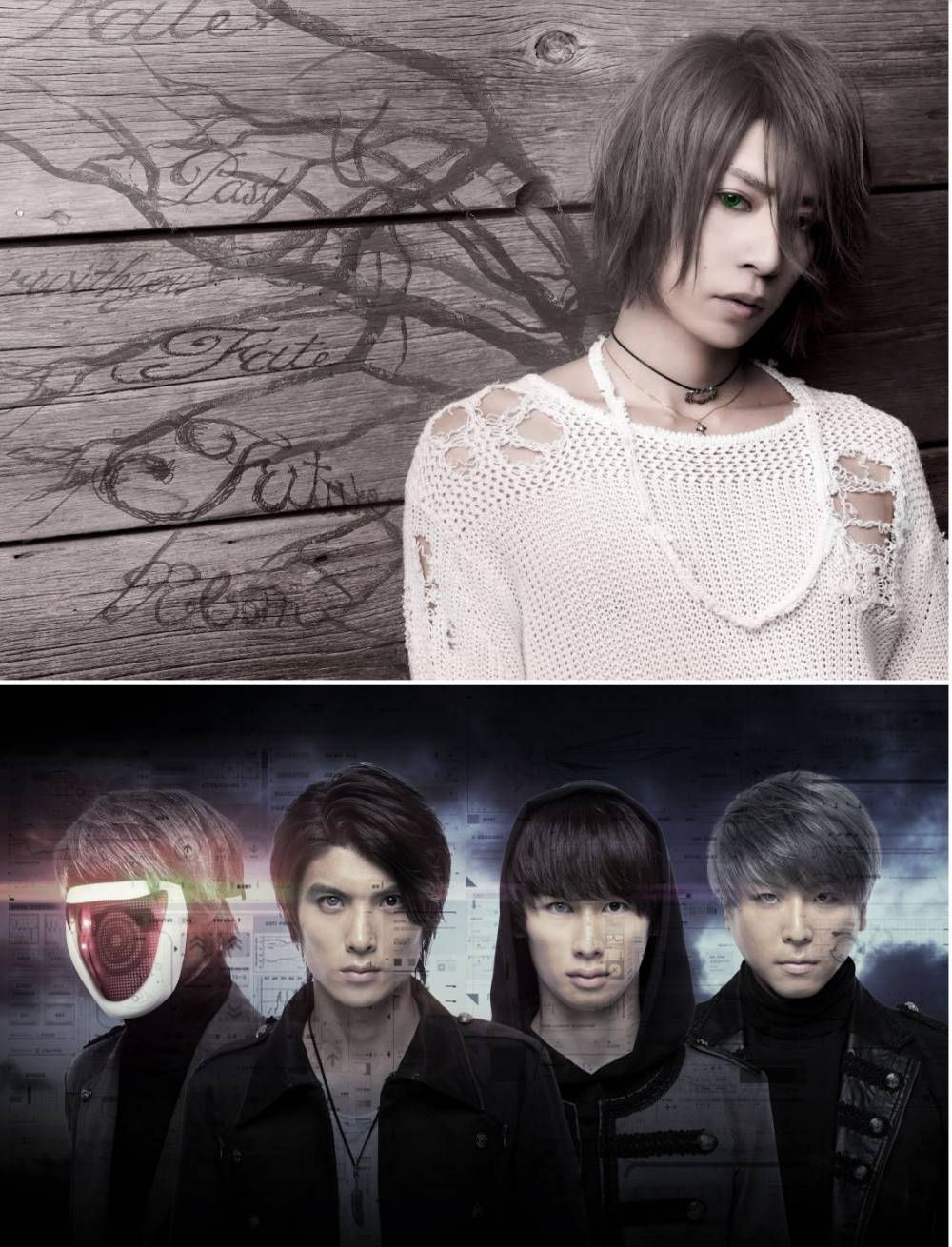 SHIN and THE SIXTH LIE have announced that they will be kicking off SHIN x THE SIXTH LIE EUROPE TOUR 2017 "THE INCEPTION" with overseas debut shows at HYPER JAPAN in London followed by two- man shows in Paris, Hamburg, Munich and Cologne.

With only a few months after his solo debut, SHIN (ex-ViViD) is heading to Europe with a full back-band rock show to show what he's been preparing all these months after the disbandment of ViViD. Joining him is an electro-rock band THE SIXTH LIE, despite their young age, have a stage presence so convincing that they were selected to play at Slipknot's festival "KNOTFEST" last year. This unique combination will be starring shows at Paris, Hamburg, Munich, and Cologne with two amazing shows available for only 29 euros. If you purchase a VIP upgrade with only 20 euros, you will get to participate to a VIP event with signed poster and high-touch with the band. But be careful: the VIP upgrades are only available until May 16th, so make sure to get your ticket in time!

Check out the bands below, and make sure to get your ticket because you will not regret that decision!

The vocalist of ViViD, a legendary visual-kei band popular in both Japan and overseas, who filled Nippon Budokan with a headlining show only 2 years after the band had been formed. They made theme songs for various anime shows, including well -known titles, such as BLEACH, Level E, Gundam, and Magi. The band disbanded at Yokohama Pacifico Hall in May 2015, and 605 days after that, after making a surprise performance at V-NATION, vocalist SHIN announced that he would be making a comeback as a solo artist. He started his activities on December 24th 2016 at Roppongi EX THEATER in front of almost 2,000 people. SHIN is now at his new starting point ready to start his activities globally with no country borders standing in his way. SHIN's performance will be backed by a full rock band. Don`t miss that exclusive show in an enjoyable club atmosphere.

"Art is the most beautiful lie" by Claude Debussy

The band name "THE SIXTH LIE" comes from the members who wish to create a lie that is so beautiful it goes beyond five senses, and you can't explain it with words. They are a future rock band combining "virtual" and physical". The members met through the internet around Reiji and Ray, and after a few changes in the line-up, the current members got together in June 2015. With only a year after their current formation was formed, they stood on the stage of KNOTFEST JAPAN. THE SIXTH LIE is gaining popularity with unbelievable speed, and they are ready to try their wings on the other side of the ocean.

Tickets will be available as follows:

There is also a limited amount of VIP upgrades available for a limited time until May 16th only with a special price of only 20 euros.

(slightly changes from Country to Country)

With Special Limited VIP Upgrade you will get:

- Limited poster singed by SHIN & THE SIXTH LIE (only for VIP upgrades, not available for the general audience)

- Hi Touch with THE SIXTH LIE

VIP upgrades will be available between May 02nd and 16th as follows:

Please make sure you purchase your regular ticket as well in order to participate to the VIP content.

The VIP upgrade is only available until May16th, 2017 and afterwards there is no second round on VIP upgrades available.

Please check the link below if you are interested in the Hyper Japan UK performances. Tickets are available here: