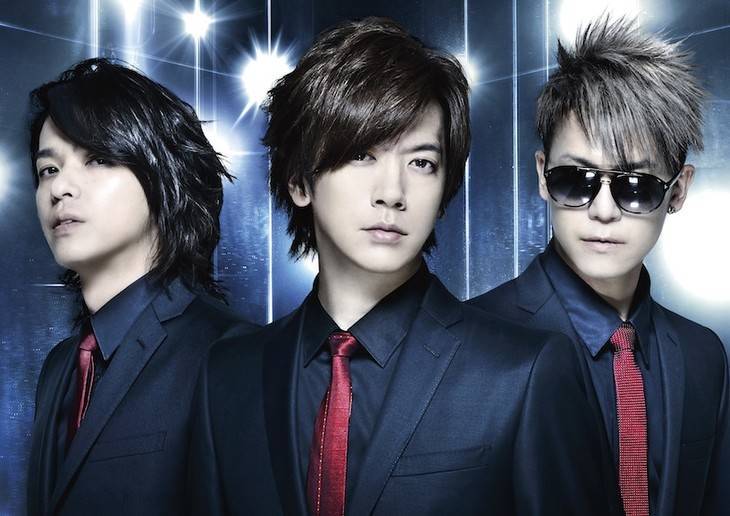 BREAKERZ will release their new single "Yume Monogatari " on July 12.

This was announced on the last day of their live series "BREAKERZ 10 Shunen 10ban Shoubu -VS-" on April 29 at Zepp DiverCity TOKYO. "Yume Monogatari" will be used as the theme song for the TV anime 'Detective Conan' from summer. It's described as a medium tempo tune filled with their feelings after being active for 10 years and their intentions for the future. As the coupling track, it will include "devil or angel?", which is said to be an unreleased song that was written at the time when their debut album "BREAKERZ" was released 10 years ago.

The single will be released in 4 different versions: Limited Edition A (CD+DVD), Limited Edition B (CD+Photo Book), Regular Edition (CD-Only), and a Detective Conan Edition. The Regular Edition will include an additional song called "THE TRAIN'S GONE… ~Acoustic Version~", and the Detective Conan Edition will come with a TV size version of "Yume Monogatari" and a live track of "Ikusen no Meikyuu de Ikusen no Nazo wo Toite".