B'z to release their 1st single in 2 years 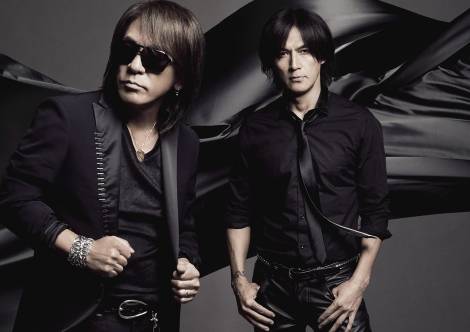 Popular rock unit B'z will be releasing a new double A-side single "Seimei / Still Alive" on June 14th. This will mark the duo's 53rd single and also their first single in two years.


One of the title tracks "Seimei" is the CM song for "UCC BLACK Muto", which they will also start a collaboration campaign in June, while the other title track "Still Alive" was the theme song to Kimura Takuya's starring TBS drama "A LIFE : Itoshiki Hito", which aired back in January.

Other than the title tracks, the single will also include "Sekai wa Anata no Iro ni Naru", the theme song to "Meitantei Conan : The Darkest Nightmare" that was previously released as a digital single in last October as well as "Fukiarenasai", the theme song to Abe Hiroshi's starring film "Shippu Rondo".

The DVD for the limited edition will contain the music video to "Still Alive." The B'z×UCC edition will have two rubber coasters coming in a tin and also an application card for "UCC B'z can Set (three canned coffee)", which 10,000 people have a chance to win.