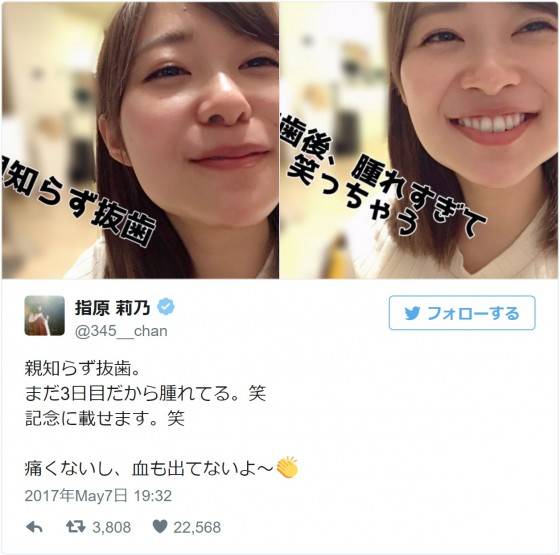 Sashihara Rino recently revealed via Twitter that she has gotten all four of her wisdom teeth removed.

On May 5, Sashihara tweeted, "I got my wisdom teeth removed!!!! All four of them!!!!" Then a few days later, she shared a photo of her swollen face saying, "It's only been 3 days, so it's still swollen lol. To commemorate, I'll post a photo lol."

Although Sashihara claims that "it doesn't hurt, and it's not bleeding," fans saw the photo and expressed their worries. Others commented on how she looks like a completely different person. Then there were fans who complimented her 'new look' saying "you are cuter this way" and "you are still cute even though it's swollen."