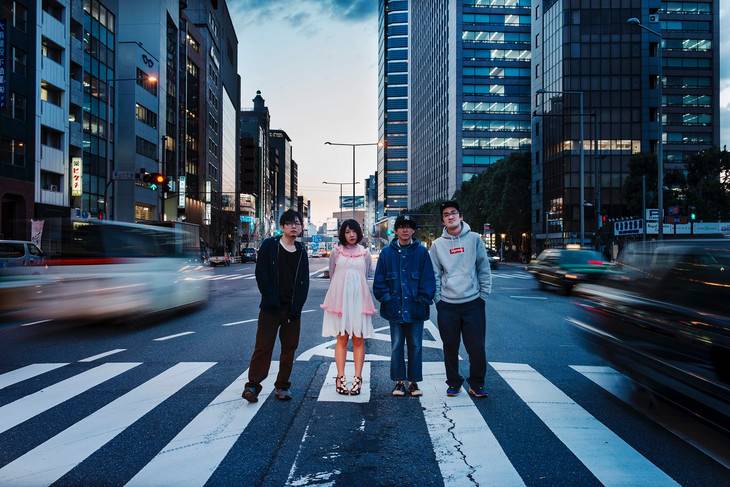 The PV for Shinsei Kamattechan's new song "Yuugure no Tori" has been uploaded onto Pony Canyon's official YouTube channel.

"Yuugure no Tori" was released together with "Hikari no Kotoba" as a double A-side single on May 24. It's currently being used as the ending theme for the anime 'Shingeki no Kyojin'. While the anime's ending credits show an ominous scene, the PV brings a sense of nostalgia with effects that make it look like a recording from an old video tape.

The PV was shot in Chiba Prefecture, where the four members are from. There was a sudden downpour during the shoot, which the staff say helped create more beautiful footage than they had assumed.