AKB48's General Election canceled due to bad weather in Okinawa 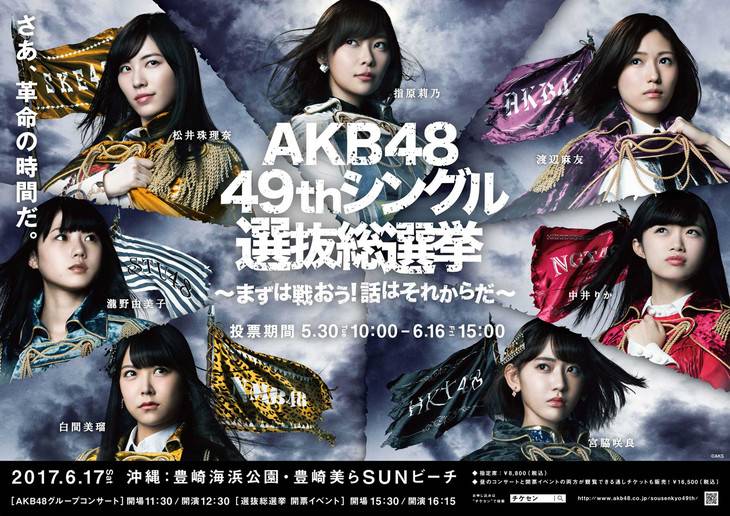 This was decided as the weather forecast predicted heavy rain and thunder on the main island of Okinawa. An explanation on the group's official blog reads, "While it was a painful decision, as of today we have decided to cancel the event considering everyone's safety the highest priority."

The staff is currently working on a television broadcast of the vote counting event. Those who purchased tickets for this event will be able to attend a public viewing to be held at AKB48 Theater, SKE48 Theater, NMB48 Theater, Nishitetsu Hall, and NGT48 Theater.

Furthermore, refunds will be given to ticket holders of the 'AKB48 49th Single General Election' and mini concert.