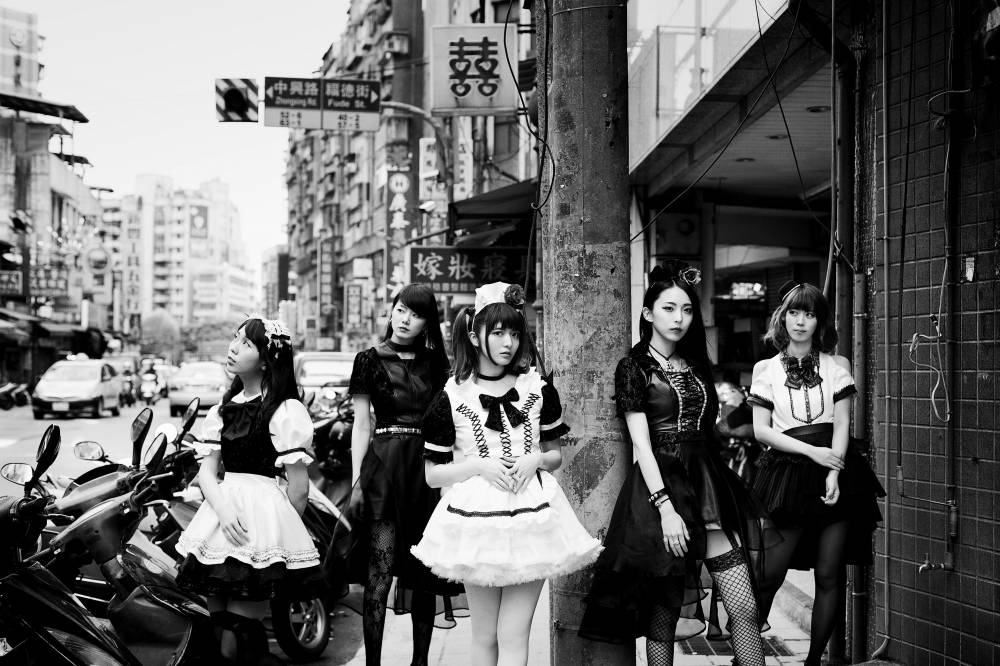 BAND-MAID is a rock band known for maid looks and a hard rock sound. With the charming gap in their cute looks and hardcore sound, they have gained a strong following all over the world. Last year, they toured the world with overseas event performances and full-blown world tour, which includes 9 cities in 8 countries and left the crowds wanting for more.

Now the waiting is finally over. Together with the release of their music video for "Choose Me", BAND-MAID have just announced the dates for their upcoming Europe Tour, which includes 6 cities in 4 different countries.

*Ticket details will be announced later.

Five-member rock band wearing maid costumes formed in July 2013. Got their current line-up in August of the same year.

Even though they play out the world of maids completely by wearing maid costumes, calling live shows "service", and their fans "masters and princesses", their hard rock sound is far off from their visuals. The combination of these two aspects has not only charmed Japanese people; they have also passionate masters and princesses all over the world.

In March 2016, they performed for the first time overseas at "Sakura-Con" in Seattle, USA, and over 3,000 people gathered to witness their show. In June of the same year they made a license contract with UK label "JPU Records" and started releasing their CDs in Europe. The band held their first world tour the same year by touring 9 cities in 8 countries with over 7,000 people coming to see them.

In 2017, they held their first headlining tour with 8 shows in 6 places all over Japan, selling out their shows.