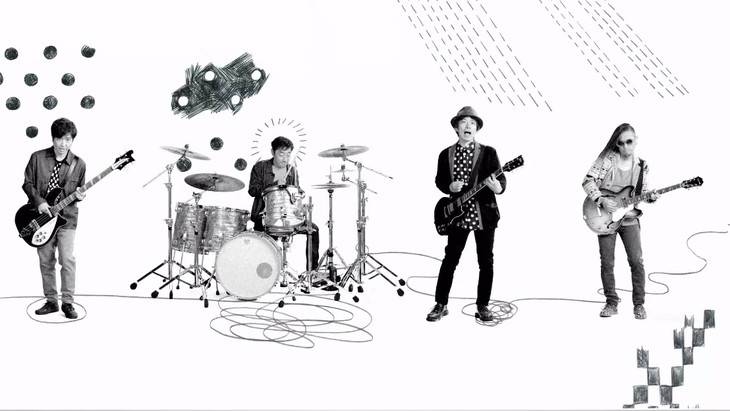 Spitz have released the PV for their song "Heavy Mellow" via YouTube.

"Heavy Mellow" can be found in the band's single collection "CYCLE HIT 1991-2017 Spitz Complete Single Collection -30th Anniversary BOX-" to be released on July 5. It's currently available for download via iTunes Store and Recochoku.

The PV was directed by Kitayama Daisuke who was also in charge of the PVs for "Shirokuma", "Minato", and "Samenai". In the beginning stages, Kitayama had mistaken "Heavy Mellow" for "Heavy Metal" and began working on it to portray a "Spitz style metal." From this idea, he created a "wolf that admires the sun" to appear in the PV. This illustration was done by Suyama Natsuki.