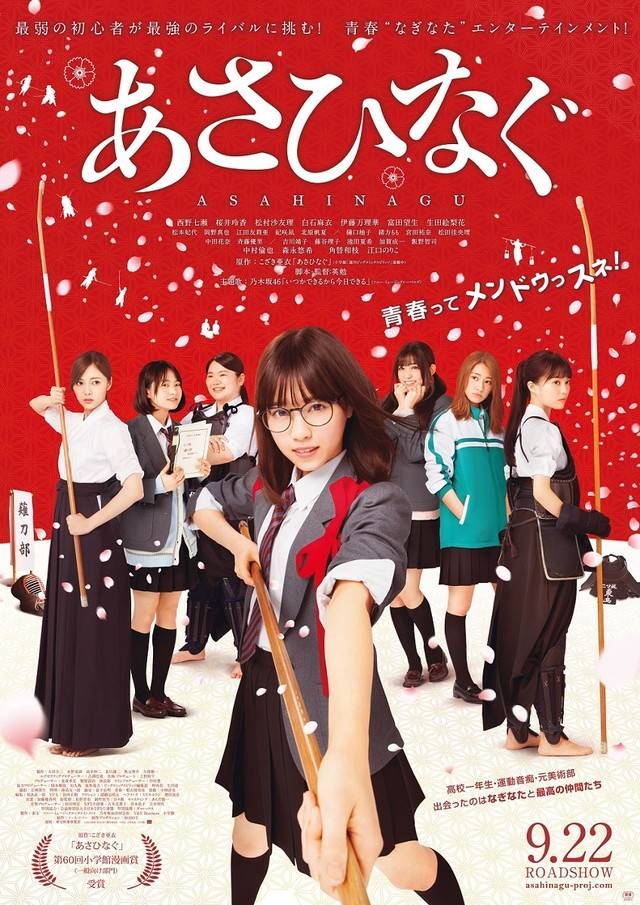 "Asahi Nagu" is a live-action adaptation of Kozaki Ai's ongoing manga that is being serialized in Weekly Big Comic Spirits (Shogakukan). It tells the story of high school girls who are spending their youth obsessed with Naginata club.

Nishino plays the protagonist Tojima Asahi, while Shiraishi Mai plays Miyaji Maharu --the senior Asahi looks up to.  Other Nogizaka members like Ikuta Erika (as Ichido Nene), Sakurai Reika (as Yasomura Shoko), Matsumura Sayuri (as Konno Sakura), and Ito Marika (as Nogami Eri) are also making appearances in the film.

The film adaptation is directed by Hanabusa Tsutomu ("Handsome?Suits", "Koukou Debut", "Heroine Shikkaku"), and it opens in theaters on September 22.

Check out the trailer below!