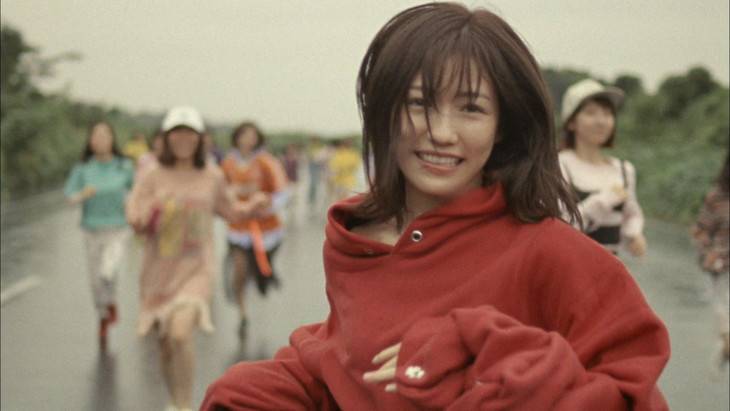 AKB48 have revealed the short PV for their new single "11-gatsu no Anklet" that's slated for release on November 22.

The center for this single is Watanabe Mayu, who will be graduating from the group on December 31. Directed by Hirano Fumiko, the PV captures innocent expressions of the idol. The last scene, where Watanabe leads the other members in heavy rain, symbolizes how Watanabe has been a driving force, overcoming obstacles with the members during her time in AKB48. She commented, "I've loved every work that Hirano-san has been in charge of. She is an art director that I respect. I was very happy that I got to work with Hirano-san for this MV. It was like a graduation gift. I will be graduating with this single, but rather than being sad, I was able to have fun [shooting the video] in the rain."

Besides the title track PV, the jacket covers as well as the short PV for Watanabe's solo song "Sayonara de Owaru Wakejanai" has been revealed. Takahashi Eiki, who has worked on many of the group's PVs, directed this one. On the video, Watanabe said, "This was my last music video shoot in AKB48. It's such as mysterious feeling as it does not seem real yet."