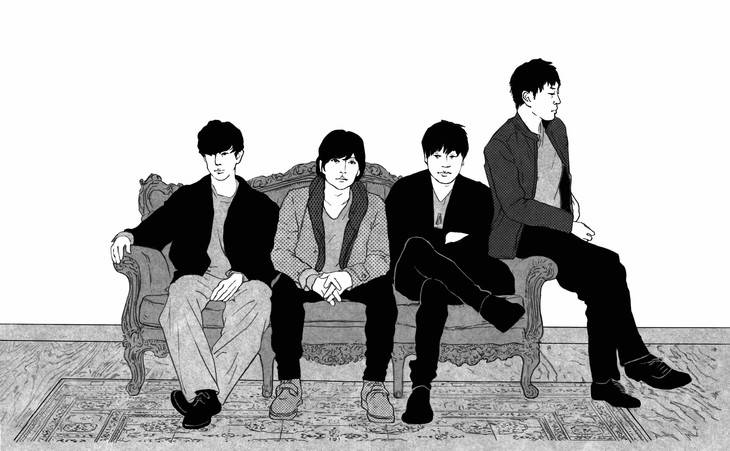 flumpool's new single to be released on December 27 will be titled "Toutoi."

Besides the title track, the single includes "To be continued…," which is the theme song for anime 'Infini-T Force,' and "WINNER," which is the image song for TBS' 'S?1.' The single's limited edition will come with a DVD containing solo interviews with the members. It features footage of the members in the studio and out shopping at convenience stores along with a special arrangement of "Toutoi" recorded in one take.

The band's latest artist photo, as well as the jacket covers for the single, are illustrations that represent the worldview of "Toutoi."