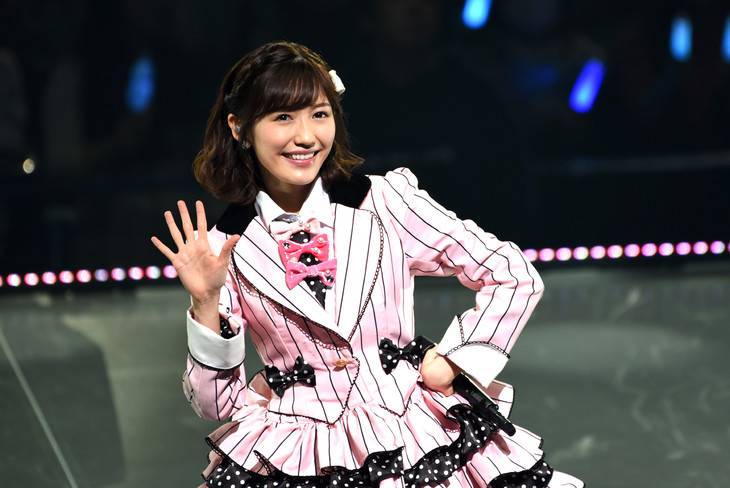 Watanabe Mayu, who is scheduled to graduate from AKB48 at the end of the year, will be releasing a solo album (currently untitled) on December 20.

This announcement was made on October 31 during Watanabe's graduation concert at Saitama Super Arena. Watanabe exclaimed, "My first solo album release has been confirmed!" Kashiwagi Yuki, who was standing next to her during the announcement, responded, "I want it! I will buy three!"

The solo album will include all title tracks from her solo debut single "Synchro Toki Meki" to her fifth single "Deai no Tsuzuki" as well as her solo songs in Watari Rouka Hashiritai and AKB48.

It will be released in three different versions: Complete Production Edition A & B (CD+DVD) and Regular Edition (CD-Only). The DVD will contain live footage from 'Rappa Renshuuchuu Hatsubai Kinen Solo Live ~Mayu's Restaurant Zenkyoku Full Course de Meshiagare', which was held back in 2013 in Aichi and Saitama. More details will be revealed later.