One AKB48 member to star in Mexican TV drama 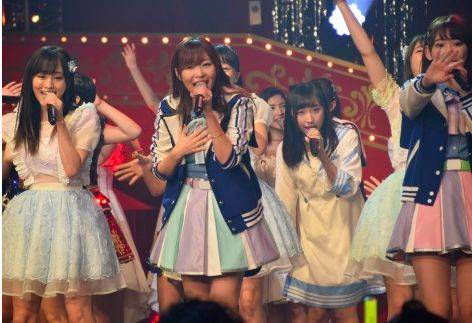 On December 10, AKB48 held their '7th AKB48 Kohaku Taikou Uta Gassen' at TOKYO DOME CITY HALL. During this event, there was a surprise announcement that one member from AKB48 will play a main role in a new Mexican TV drama titled 'L.I.K.E.'

At the end of the event, a video message by Mexican TV producer Pedro Damián was shown announcing the production of 'L.I.K.E' following the popular drama series 'Rebelde.' He wanted to cast a Japanese woman in the drama, and upon discussion with Akimoto Yasushi, it was decided that one member from AKB48 would be selected.

The member who is chosen will study abroad for one year beginning next year. HKT48's Sashihara Rino joked, "I just wanted to go to Mexico!"