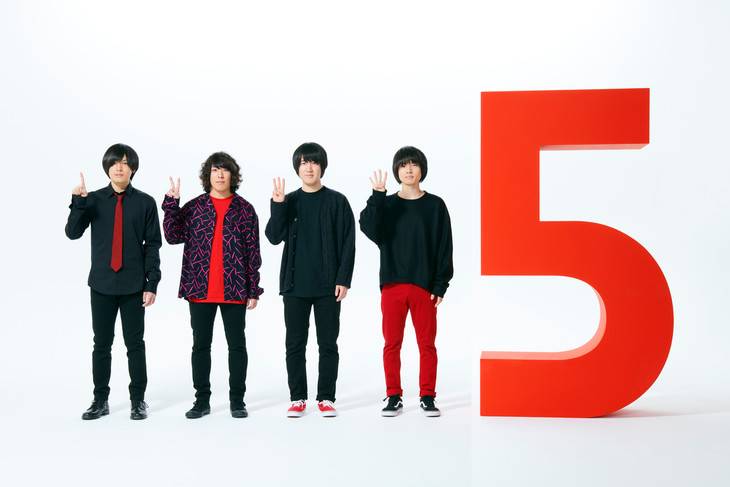 Rock band KANA-BOON, who is celebrating five years since their major debut, have announced their activities for this year.

The first part of their fifth anniversary plan is a simultaneous release of a B-side album "KBB vol.1" and a PV collection "KANA-BOON MOVIE 05 / KB CLIPS ~Sanagi kara Mozo Mozo-hen~" on March 14. Then they will hold a 5-day live called "Go Back Home" at Mikunigaoka FUZZ in their hometown of Osaka.

"KBB vol.1" will include 12 selected coupling tracks from their previously released singles along with brand new songs. Its Limited Edition DVD will contain footage from their countdown live held on December 31 Sakai-shi Sangyou Shinkou Center in Osaka.

For their "Go Back Home" live series, the band has several things planned, such as regular one-man lives, their first acoustic live, and they will also be bringing back their event "Yutori," which they have held with Contemporary na Seikatsu, Otowarashi, and Giraffe Pot before their debut.

As the second part of their anniversary project, KANA-BOON will release a mini album (currently untitled) on May 30. On the same day, they will kick off a Zepp tour. More details will be revealed at a later date.