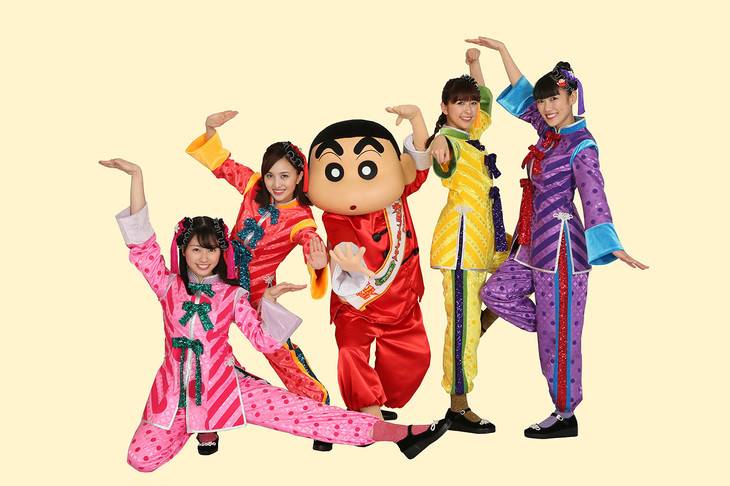 Momoiro Clover Z is now a 4-member group after Ariyasu Momoka's graduation on January 21. In association with the movie's theme of kung fu, the group's new single means 'to smile' in Chinese. The group's outfits as well as the song's lyrics were also made to match the film's worldview. The single will be released in a 'Shin-chan Version' and a 'Momoclo Version.'

The members also make an appearance in the film as idol group "Kuro Guro Clover Z." In the movie, they sing "Black Panda Ramen Sanka", which is the image song for Black Panda Ramen, the enemy of Shin-chan and friends -- the Kasukabe Defense Force. This will be the first time for an artist to participate in a Crayon Shin-chan movie in this way. 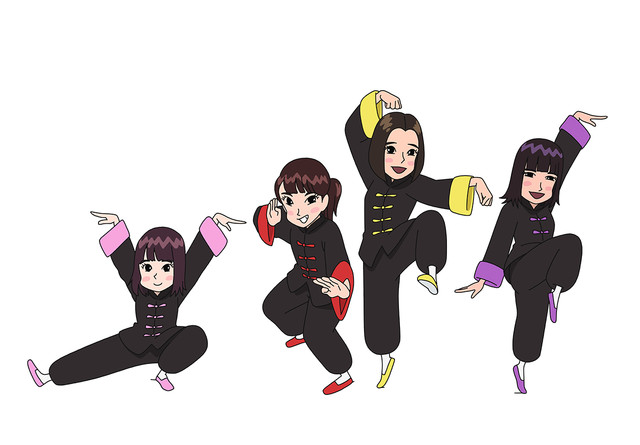