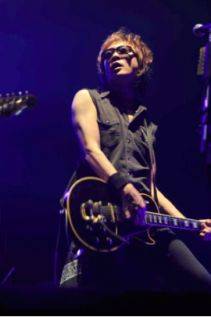 It's been reported that guitarist Yayoshi Junji passed away on January 26 due to an illness. He was 49 years old.

His agency stated, "He had been fighting an illness for about two and a half years, but it had been withheld at his request. We apologize for this sudden announcement."

Yayoshi's funeral was held in his hometown with close relatives. A public memorial service will be held in Tokyo in the coming days.

Yayoshi was the guitarist for Sheena Ringo's backup band. He married Sheena in January of 2001, but they divorced the following year. In addition to serving as supporting guitarist for artists such as Kikkawa Koji and aiko, he has arranged numerous works. According to reports, he had been proactively involved in making music while undergoing treatment for his illness.

Our sincere condolences go out to his family at this time.