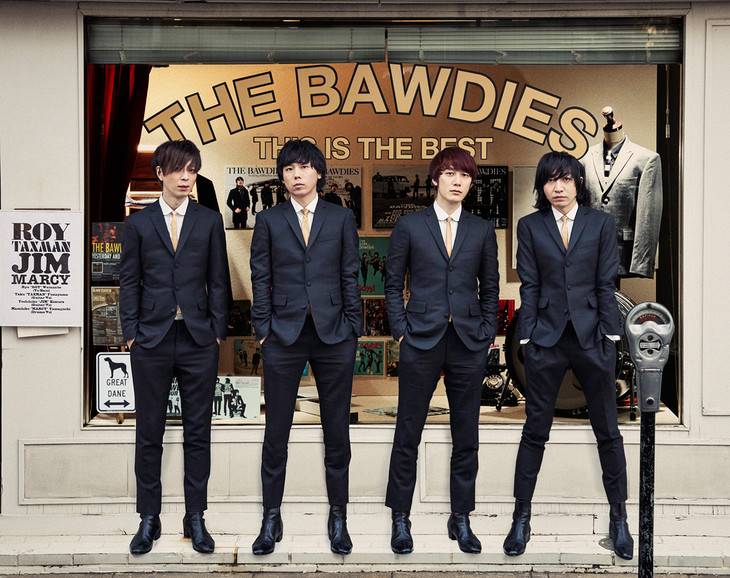 The album will be a two-disc set containing 37 songs from their indies album "YESTERDAY AND TODAY" released in 2006 all the way to their latest album "NEW" along with brand new songs. Its "DELUXE EDITION" will come with a CD including rare tracks, a DVD with 25 music videos, a 7-inch analog including the band's oldest number "She Is My Baby" as well as new tracks, and a booklet.

On the anniversary day of their major debut, April 22, THE BAWDIES will hold a special concert called "Thank you for our Rock and Roll 2004-2018" at Shinkiba STUDIO COAST. Ticket pre-reservations are available to members of the band's official mobile site.