White team wins 'Kohaku' for the first time in 3 years 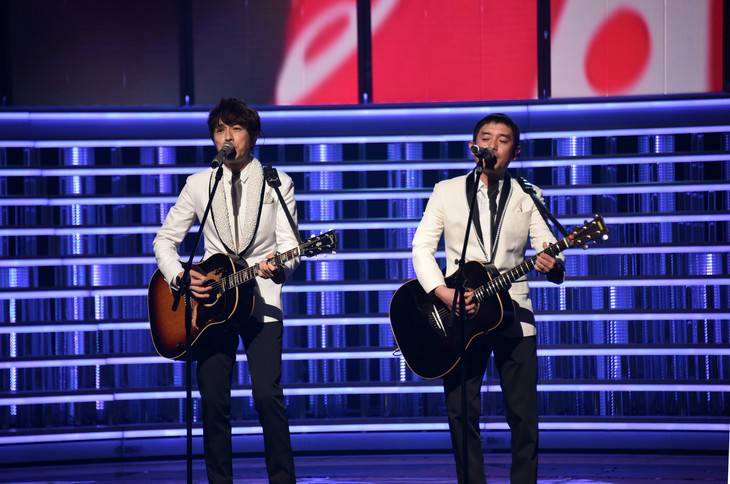 The white team has taken victory at the '68th Kohaku Uta Gassen', which took place on December 31.

It's been three years since the white team won the 65th event in 2014. White team host Arashi's Ninomiya Kazunari held up the championship flag and said, "We did it! It's the first time I've held it, and it's heavy!" Meanwhile, Arimura Kasumi, who served as the red team's host for her second consecutive year, commented, "It's too bad, but I had a lot of fun."

Forty-six artists participated in this year's 'Kohaku Uta Gassen.' Amuro Namie and Kuwata Keisuke also made special appearances. The last performers were Ishikawa Sayuri for the red team and Yuzu for the white.