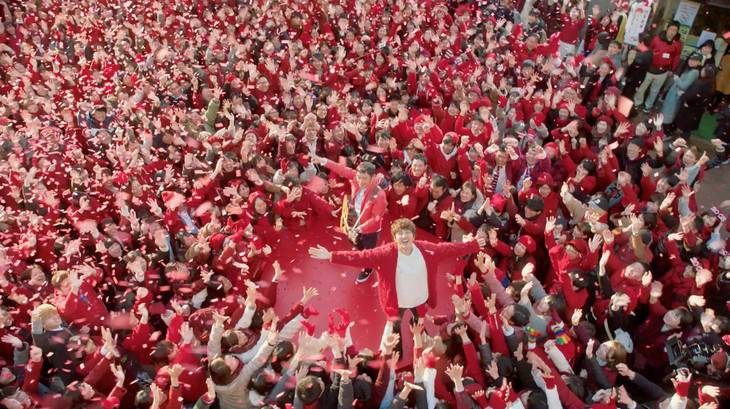 The full PV for Yuzu's new song "Uta Yell" has been uploaded onto YouTube.

"Uta Yell" was written for Yuzu and Nippon Seimei's collaborative project 'Yuzu 2018 Project with Nippon Seimei' ahead of the 2018 Winter Olympics. Its CM is currently airing on TV.

The PV was directed by Yamada Tomokazu who works with artists, such as Sakanaction and Suiyoubi no Campanella. Like the CM, it was shot at Isezakicho in Yokohama City where Yuzu held street performances in the past. They are joined by the 2,018 new members that were recruited, and together they perform the song while walking through the city. On the day of the PV shoot, the new members rehearsed and learned the choreography. With the help of the Isezaki shopping district and police, the part until Yuzu stands on the stage was taken in one shot.