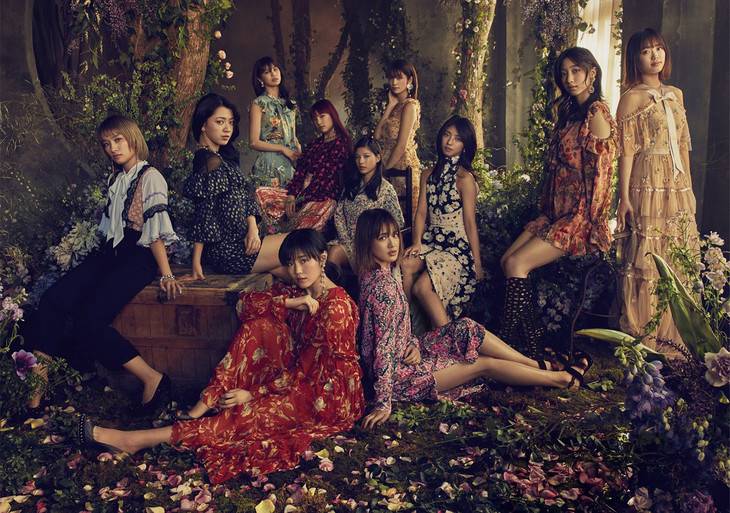 E-girls have unveiled the PV for their new single "Pain, pain" that's due out on February 28.

"Pain, pain" is currently being used as the theme song for TBS drama 'Kimi ga Kokoro ni Sumitsuita.' In the PV, the girls show a somber expression in a fantasy world.

As the coupling tracks, the single will include "DYNAMITE GIRL," which describes an image of a woman who fights with a strong will, "LOVE," sung by members Washio Reina, Fujii Karen, and Takebe Yuzuna, and a remake of "THE NEVER ENDING STORY ~Kimi ni Himitsu wo Oshieyou~," which was released as the group's fourth single in February of 2013.

Furthermore, E-girls will hold an arena tour called "E-girls LIVE TOUR 2018 ~E.G. 11~" starting in June. A portion of the tour schedule has been revealed as below.