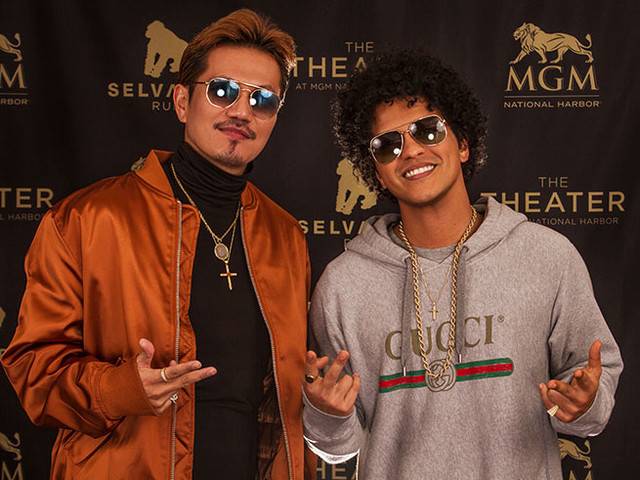 EXILE ATSUSHI, who had been studying abroad, will release his first single after his return, titled "Just The Way You Are," on April 11.

The title track is a cover of Bruno Mars' hit song with Japanese lyrics. ATSUSHI, who respects Bruno as "an artist with the most musical sense and talent in the world," says that the Japanese lyrics came to him all at once while working in the studio. On the reason for covering the song in Japanese, he commented, "If I am able to sing this song in Japanese, I believe it will reach the hearts of more people and deliver its warm message."

When Bruno Mars heard ATSUSHI's cover of "Just The Way You Are," an exchange emerged between the two. At the end of last year, ATSUSHI went to see Bruno live in Washington D.C. where the two had the opportunity to meet for the very first time. The two took a commemorative photo together, and ATSUSHI gifted Japanese sake to Bruno. Afterwards, when ATSUSHI was recording in Los Angeles, Bruno stopped by the studio and gifted him rum in return.

In addition to the title track, the single will include a joint work with Boyz II Men's Nathan Morris, as well as songs he wrote while overseas. The DVD will include music videos that were shot in Los Angeles and New York.

[Just The Way You Are]

?Just The Way You Are
?I think of you
?Do You Remember
?More…