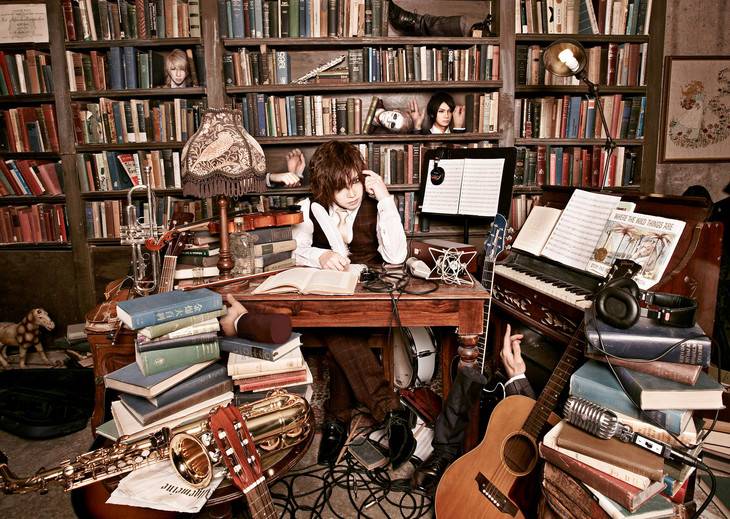 The PV for Golden Bomber's new song "Donmai" has been uploaded onto YouTube.

"Donmai" is the last track off of the band's new album "Killer Tune Shika Neeyo" released on January 31. In the PV, Kiryuin Sho (Vo-karu) masks his face with a full moon, while the other members Kyan Yutaka (Gita-), Utahiroba Jun (Be-su), and Darvish Kenji (Doramu) wear star ornaments on their bodies.