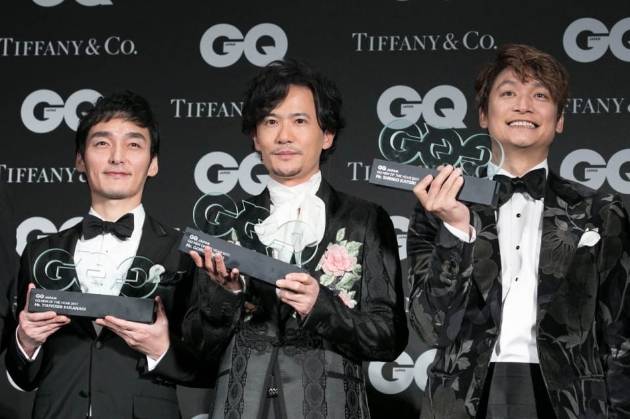 In the video, Kusanagi appears with his dog Kurumi. He reveals that filming for the movie 'Kusoyaro to Utsukushiki Sekai,' which stars Kusanagi, Katori Shingo, and Inagaki Goro, has not started yet, then goes onto say that the worldview of "Chameleon," a song that he wrote some time ago, overlaps with the movie. You can see Kusanagi singing his song while playing the acoustic guitar.

In addition, a video for 'Kusoyaro to Utsukushiki Sekai' has been revealed via the YouTube channel for 'Atarashii Chizu.' You can take a look at it below.