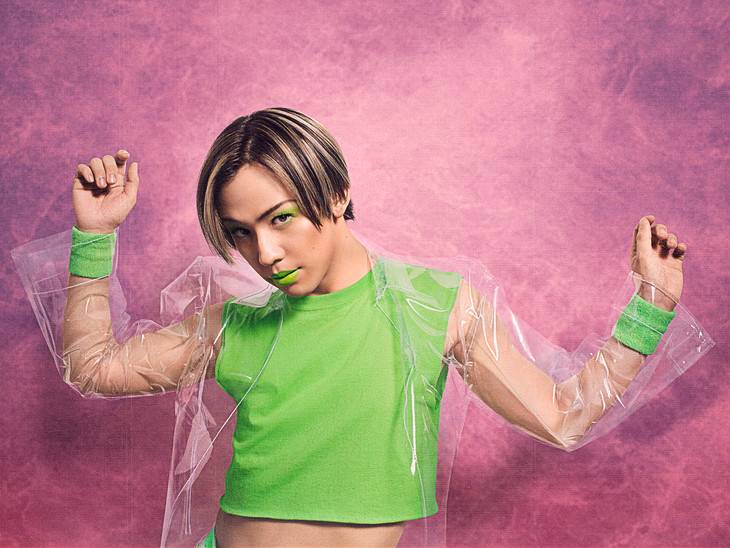 Model and talento Ryuchell has started his artist activities. His first song "Hands up!! If you're Awesome" was digitally released on February 14.

After gaining popularity as an amateur model, Ryuchell caught the media's attention with his happy-go-lucky attitude. He aims to release works that are filled with originality using fashion, hair, and make-up.

Ryuchell's debut song "Hands up!! If you're Awesome" is an original number composed by Kenmochi Hidefumi (Suiyoubi no Campanella). The lyrics are based on words that Ryuchell jotted down in a notebook over the years. The artwork and music video were produced by Fantasista Utamaro, dance directed by SHOTA, and choreography by Bambi Naka (AyaBambi). With the help of these people, Ryuchell was heavily involved in the details of the song and its video.

The PV begins with scenes of Ryuchell dancing in a white outfit. Later, you will see him in his usual colorful clothes. Through the PV, he wishes to deliver the message, "look for the color within you and live your own way." Ryuchell's make-up is from L.A. make-up brand NYX Professional Makeup, which will debut in Japan early next month. Their concept of "expressing oneself freely and creatively through make-up" matched the message Ryuchell wanted to deliver, which led to this collaboration.