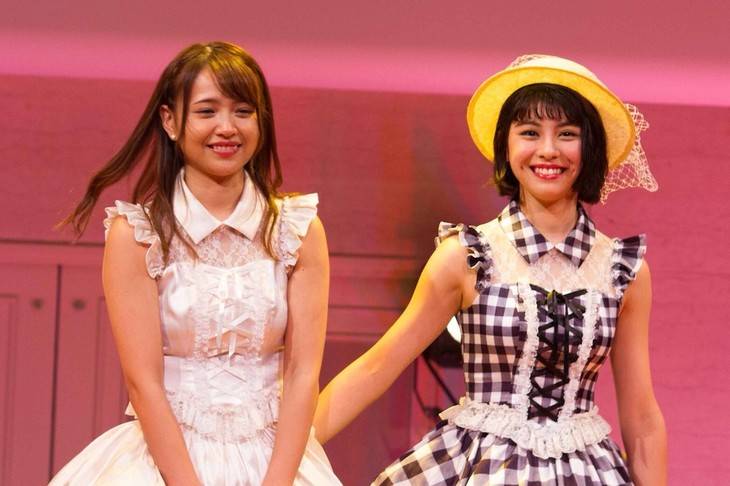 SUPER?GiRLS members Shimura Rika and Tanaka Mirei have announced their graduation from the group.

On February 16, the group held their regularly scheduled performance at TOKYO FM HALL. At the end of the performance is when original members Shimura and Tanaka announced their graduation.

Tanaka, who will graduate on March 31, commented, "It's been eight years since 2010. I had the opportunity to see many different sceneries, and I enjoyed every second of it. It was my youth." Meanwhile, Shimura, who is scheduled to graduate after the finale of their live tour 'SUPER?GiRLS LIVE TOUR 2018' on June 24, expressed, "I am very anxious and scared to leave a place I had been in for eight years. But I have a big dream that surpasses my fear. I knew the day would come when I would depart from SUPER?GiRLS, and that time is now. Four months until graduation. It's not enough time for me to express my gratefulness, but I will do my best until the very end so I can return the kindness and love."

SUPER?GiRLS will release their 18th single "Kira Kira?Sunshine" on May 2. As the coupling track, it will include "Tabidachi no Uta."