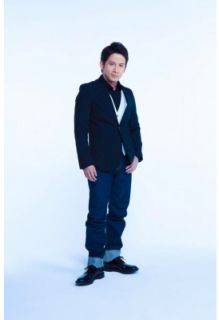 It's been revealed that V6 member Okada Junichi will challenge his first horror film in 'Kuru.'

The movie is an adaptation of Sawamura Ichi's 2015 novel 'Bogiwan ga, Kuru', which won the 'Japan Horror Story Grand Prize.' Okada will play the role of a freelance writer who is faced with mysterious cases.

'Kuru' will be directed by Nakashima Tetsuya and will be released next year.