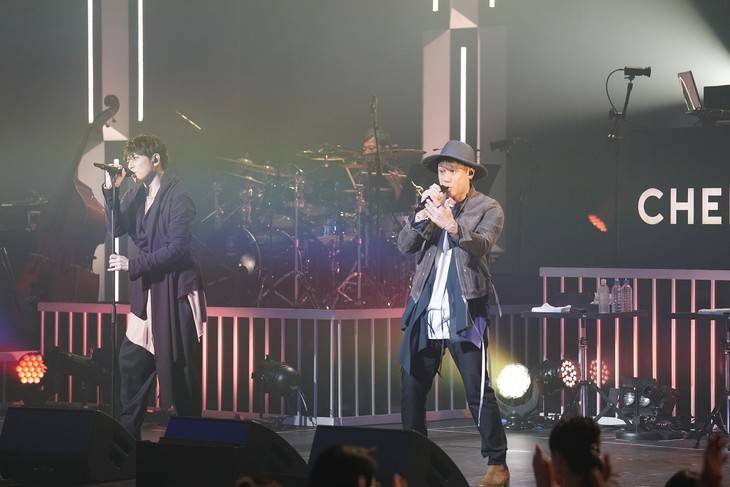 CHEMISTRY have announced that they will release a new single titled "Heaven Only Knows / 13-kagetsu" on June 20.

This announcement was made on March 7 during the finale of the duo's nationwide tour "CHEMISTRY LIVE TOUR 2017-18: Windy" at Bunkamura Orchard Hall. The upcoming release is their second single since resuming their activities last year.

During the encore, CHEMISTRY performed "Heaven Only Knows" for the very first time. More details on the single will be revealed at a later date.