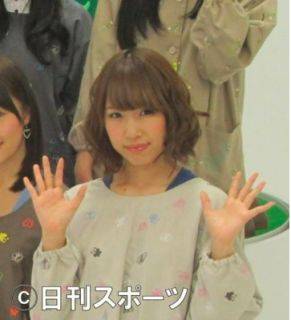 Former AKB48 member Sato Natsuki (27) has announced the birth of her baby boy.

Sato reported on Instagram, "Today, March 15 is the best day ever. At AM5:36, I gave birth to a healthy boy." She shared, "He was a little bigger than expected, so it was a long labor. Delivery was really hard, but he was born 30 minutes after I went on the delivery table."

Sato thanked her husband and mom as well as her fans. To her son, she said, "To our precious son, you were the one that was kicking up a storm in my stomach. We finally meet. Since you were in my stomach for a long time, isn't it such a strange feeling to be outside? There will be a lot of fun times, so let's make tons of memories. Thank you so much for choosing us."

Sato made her debut as a member of AKB48 in April of 2006. She graduated in November of 2012 and retired from showbiz to focus on schoolwork. Last June, she announced her marriage via Instagram, then revealed that she was pregnant later in October.