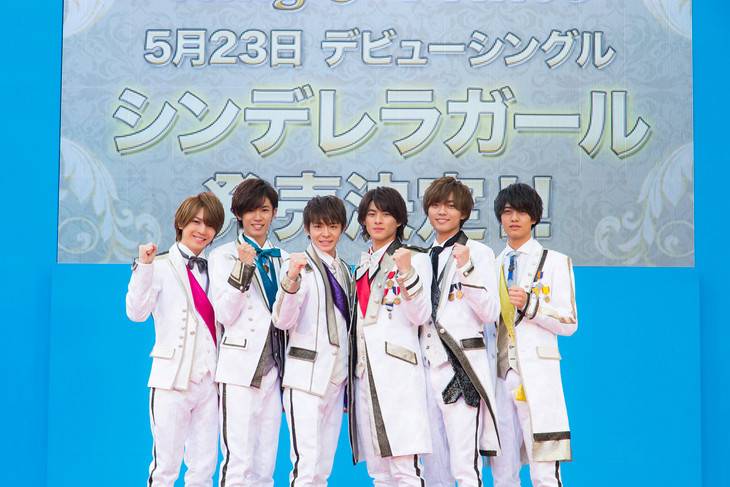 King & Prince's debut song "Cinderella Girl" has been picked up as the theme song for drama 'Hana Nochi Hare ~HanaDan Next Season~.'

This drama is based on Kamio Yoko's latest 'Hanayori Dango' comic. It will star Sugisaki Hana, King & Prince's Hirano Sho, and Nakagawa Taishi. Hirano commented, "For a debut song to be chosen as a theme song is quite rare, so I feel that it was fate for our debut song to be used in this uncommon way. It would make me happy if you would think about a scene from the drama or picture us singing it when you hear this song."

King & Prince will release their debut single on May 23.