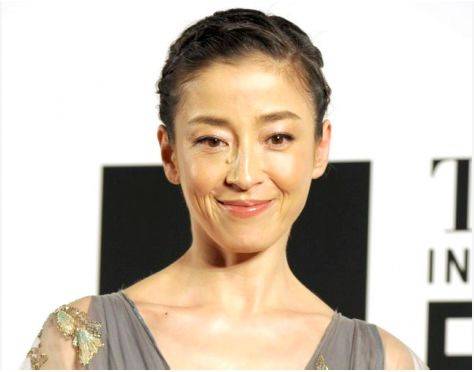 On March16, the couple released the following statement via their agencies:

"We would like to announce that we got married today on March 16.

From now on, we hope to support and stimulate each other as family while spending an abundant time together.
Also as expressionists, we hope to move forward with high ambition.
It would make us happy if you would watch over us warmly.
Please continue to give us your guidance and encouragement."

Morita and Miyazawa co-starred in the stage play "Vinyl no Shiro" in August of 2016. Later that October, their relationship was reported by tabloid magazines. Afterwards, they were spotted on golf dates and a trip to Okinawa. Miyazawa was previously married to a businessman who she has a daughter with, but they divorced in March of 2016.

According to Miyazawa's agency, the actress is not pregnant and will continue to work.

Among the members of V6, Inohara Yoshihiko married Seto Asaka in 2007, Nagano Hiroshi married Shiraishi Miho in 2016, and Okada Junichi married Miyazaki Aoi last December. Morita is the fourth member to marry in the group, and all four of their wives are actresses.