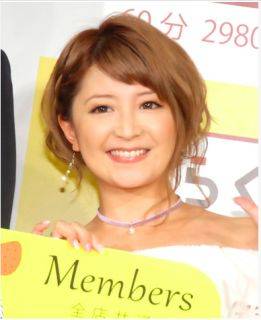 On March 26, talento Yaguchi Mari (35) announced that she tied the knot with a former model she's been dating for four years.

Since the beginning of the month, it was rumored that Yaguchi would be getting married very soon. Some sports papers reported that she would get married on a lucky day this month, and the rumors stand true. Yaguchi tied the knot on March 26, which was the last lucky day of the month.

On her blog, Yaguchi wrote, "Today, on March 26, 2018, I married a man whom I had been dating for some time. After four years of dating, we are happy to have reached a point in which we decided to build a future together."

In her announcement, she briefly touched upon her previous marriage, "I am grateful to him and his family for accepting me even though I have failed once at marriage. Although I am still very immature, I will do my best with work and cherish my family. I will become happy."