Yuzu 2018 to disband at the end of the month 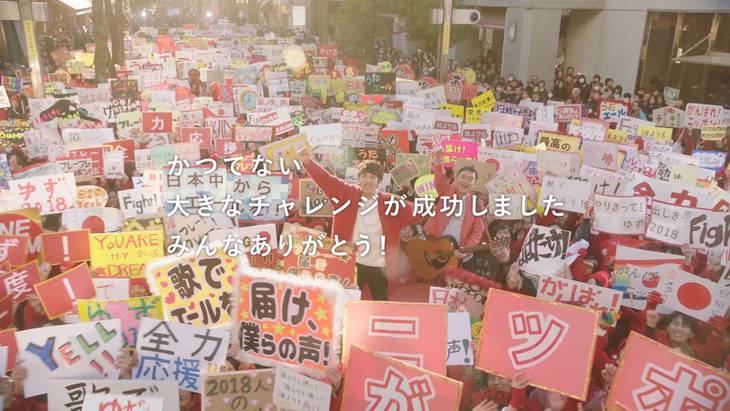 Yuzu and Nippon Seimei joined hands for the 2018 Winter Olympics. For this project, they recruited 2,018 new members and released the song "Uta Yell." The new members participated in its video shoot, which took place in Isezakicho in Yokohama City. A special diploma as well as a footage containing their memories was presented to the 2,018 members.

A "graduation movie" has been uploaded onto YouTube tracing the project from beginning to end.