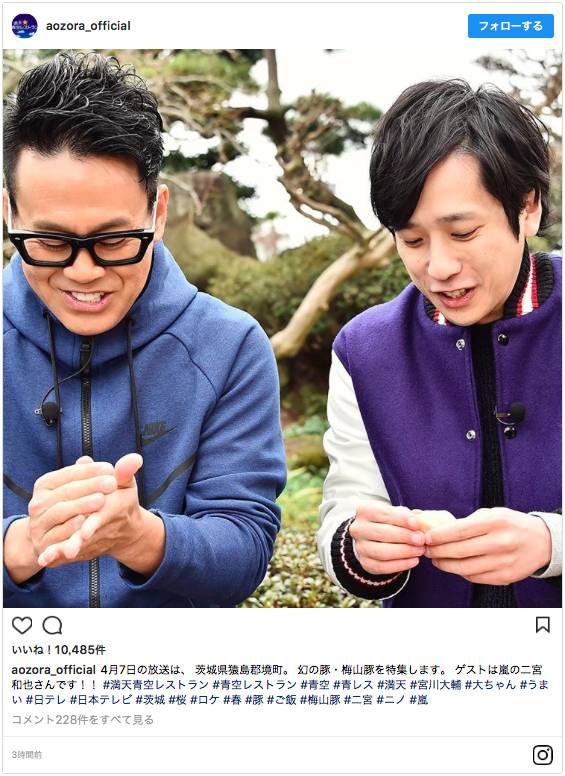 The program captioned the photo, "The April 7th broadcast will feature Sakai City of Sashima-gun, Ibaraki. It will be a special feature on Meishan pig. Our guest is Arashi's Ninomiya Kazunari-san!" In the picture, you can see Ninomiya and comedian Miyagawa Daisuke making something with their hands.

Johnny's & Associates lifted the ban on online photos earlier this year. However, fans did not expect to see photos of Johnny's members on social media. As such, fans were extremely excited to see Ninomiya's photo on Instagram.