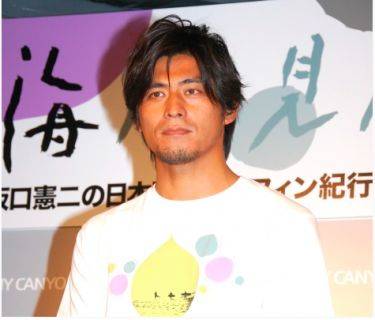 On March 31, actor Sakaguchi Kenji (42) announced via his agency that he will go on indefinite hiatus.

Since about three years ago, the actor had been limiting himself to work due to pain in his right hip. In his announcement, he revealed that he has an incurable disease called idiopathic osteonecrosis of the femoral head. He also announced that he would be resigning from his agency, K DASH, at the end of May.

Sakaguchi announced, "As some reports have stated, I have been ill since about three years ago. If I leave it as is, I will cause trouble to everyone involved with my work. I have decided that I won't be able to continue working anymore." He continued, "My illness is called idiopathic osteonecrosis of the femoral head. After receiving surgery, my symptoms have lightened since three years ago. However, I don't know when my condition would worsen again. Also, I thought that it would be difficult to save my strength for work. Sadly, it has turned out to be this way."

Sakaguchi, who says he will devote his time to treatment for the time being, commented, "I will do what I can once I'm better. Whether that's acting or something completely different, I currently have no idea..." He also expressed, "For someone like me to have come this far, I believe it is all thanks to everyone in the industry, everyone at the office, my family, and all of my fans who have supported me no matter what. My only feeling right now is gratitude. Thank you very much."