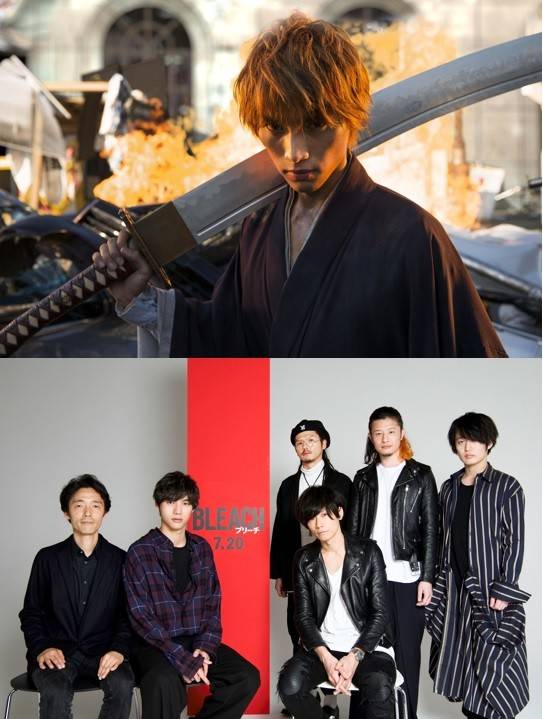 'BLEACH' is the live action film adaptation of Kubo Tite's popular manga series. It tells a story of a boy named 'Kurosaki Ichigo', who receives soul reaper powers from a soul reaper named 'Kukichi Rukia.' Ichigo will be played by Fukushi Sota and Rukia by Sugisaki Hana. Recently, MIYAVI was cast as the role of 'Kukichi Byakuya.'

To write the songs, the members of [ALEXANDROS] watched the movie before it was completed. Kawakami Youhei (Vo, G) found a demo in his cell phone that he thought would fit perfectly with one of the scenes and listened to it together with director Sato Shinsuke. At that moment, it was decided that the band would not only provide the theme song, but the insert song as well. Until the movie was completed, the two sides worked together to write up the song.

The theme songs will be released sometime this summer. You can listen to a clip of "Mosquito Bite" in the trailer below.