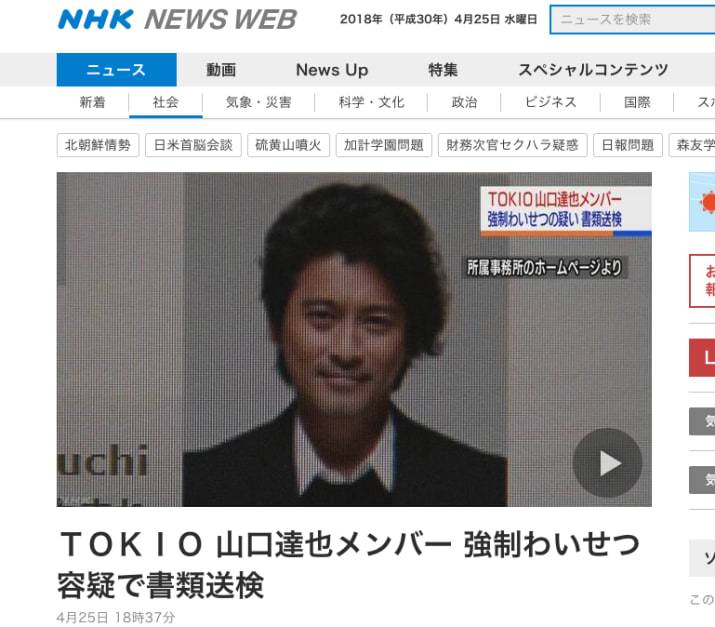 On April 25, NHK reported that charges have been filed against TOKIO member Yamaguchi Tatsuya on suspicion of sexual assault.

Reportedly, the incident happened in February when Yamaguchi called a high school girl over to his apartment and forcefully kissed her. According to FNN, the two met through a NHK program.

In a fax statement, Johnny's Entertainment commented, "We are terribly sorry that he kissed the victim while under the influence without thinking about her feelings. We have apologized to the victim in all sincerity and have reached an amicable settlement."

Due to this, programs starring Yamaguchi have been cancelled including Fuji TV's 'TOKIO Kakeru' and E-tele's 'R no Housoku.'